Patisseries: The 5 Most Delicious Dessert Of Turin

Patisseries: The 5 Most Delicious Dessert Of Turin

Turin was not only the first capital of Italy but it is also the capital of chocolate: there are several pastries and artisan workshops in the city where you can taste sweet delicacies.

This is the ranking of the 5 desserts not to be missed during your visit to the city. 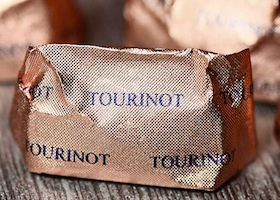 The “giandujotti” are chocolate pralines shaped like a small boat overturned, literally invented by Turin's chocolatiers to react to the European cocoa bloc imposed by Napoleon: the cocoa was replaced in the dough from roasted hazelnuts (first clandestinely, then as chocolate hazelnut said "Gianduja" - from the name of the popular carnival mask of the city). 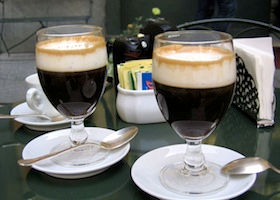 This was the favorite drink of Cavour as early as 1763, and today it is still as it was then, that adding hot chocolate and fresh cream to the espresso. In the early years, the ritual of the service provided three variants: with only coffee and milk, with coffee and chocolate, or with all the ingredients. 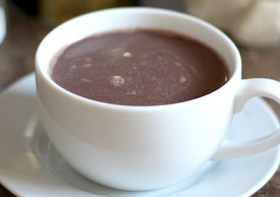 The pastry chefs in Turin are jealous of their title “champions of the chocolate in the cup”: this is a specialty that you can enjoy in many cafes in Belle Epoque style around the city, also in the variant with the addition of Cointreau liquor and orange peel. 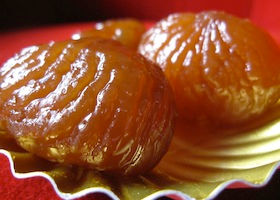 They are a particular chestnut pastry processing (in particular of the variety called "marrone") in syrup and then covered by a sugar icing. The realization lasts for several days during which the fruit is immersed in the growing concentration syrups, The processing is complicated by the risk of breaking the cake during the various steps. 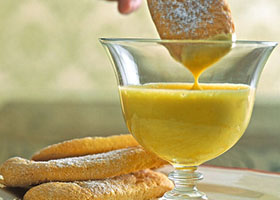 The story of the zabaglione starts with the French monk Pasquale de Bayon (hence the name "San Bajon cream"), which advised the parishioners to rekindle the spouse passion with a whipped cream made by an egg yolk, two tablespoons of sugar, two egg’s shells filled of Marsala wine (or Porto wine) and one of water.